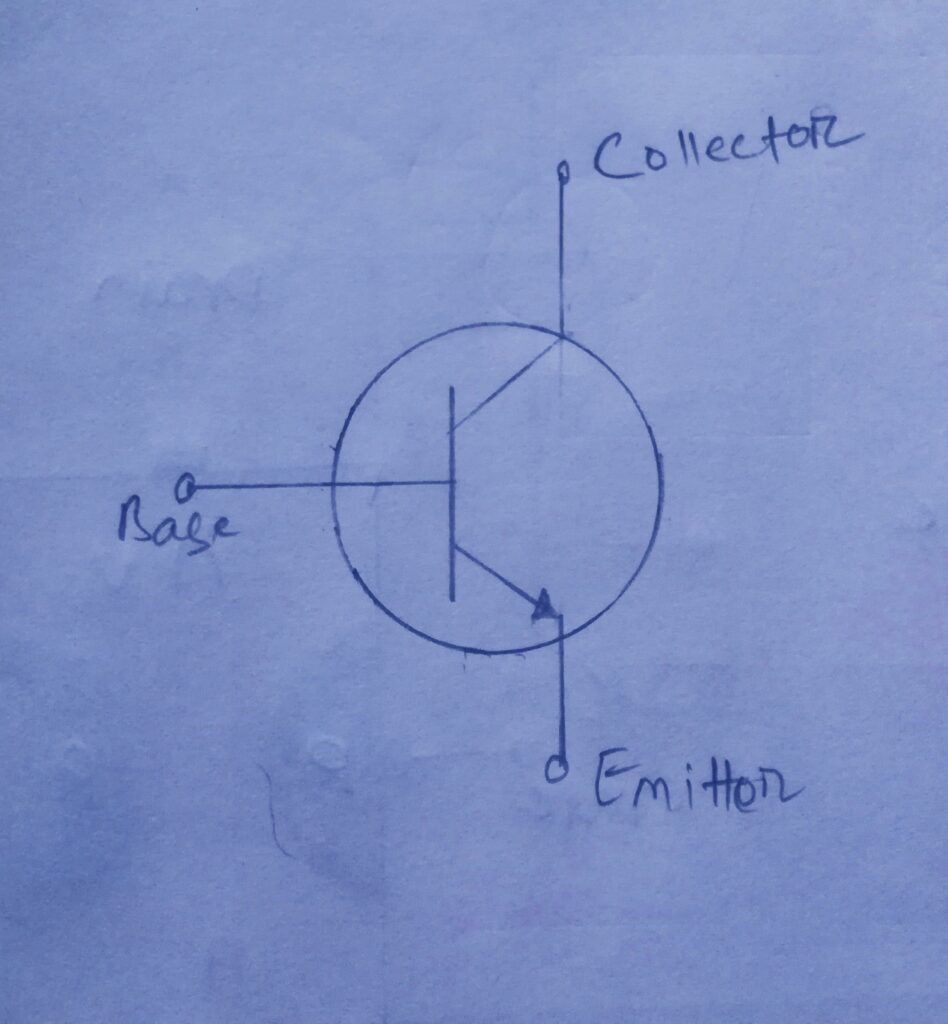 It replaced the vacuum tubes. After diode, transistor is the second fundamental semiconductor device in electronics. It is used in every electronics devices. Without it computers, mobile phones, laptops wouldn’t be possible.

Advantages of transistor over vacuum tubes:

Transistors are of two types:-

The word bipolar means two polarities. It uses both types of charges free electrons and holes in operation.

It has three terminals, those are: – Base, Emitter, Collector.

The flow of current from collector to emitter is controlled by controlling the base current, so it is called as current controlled device.

It is a combination of two pn junctions, one between collector and base and another between emitter and base. Transistor is similar to two back to back diodes.

Bipolar junction transistors are available in two configurations, those are: – NPN and PNP.

The above figure shows a biased transistor.

It is a unipolar device, because it uses only one type of charge for operation, either holes or free electrons.

The terminals are: – Gate, Drain, Source.

The flow of current from drain to source is proportional to the voltage applied to the gate terminal, so it called as voltage controlled device.

JFETs are available in two configurations, N-channel and P-channel.

N-channel JFET is made by doping donor impurities.

The above figure shows a biased JFET.

When voltage to the gate terminal is zero there is maximum current in drain of JFET. So JFET is called as a normally on device.

In figure the gate source diode is reverse biased. Because in this connection there is no current at the gate, so the JFET has infinite input resistance. This makes JFET suitable for the applications where high resistance is required.

It is different from JFET, because in MOSFET the gate is insulated from the body. So MOSFET is called as insulated gate field effect transistor.

MOSFETs are of two types: – Depletion mode and Enhancement mode.

The above figure shows an n-channel depletion mode MOSFET.

It is similar to JFET, because the gate voltage controls the flow of electrons from source to drain in reverse bias condition of gate. In this the gate is insulated from the body by placing a thin layer of silicon dioxide (SiO2) between the gate and the body. There is a p-type substrate which is internally connected to source terminal.

The above figure shows an n-channel enhancement mode MOSFET.

It has three terminals Gate, Drain and Source and the substrate is extended up to silicon dioxide.

Transistors are mainly used for switching and amplifying applications. we will discuss these topics in other studies.

Please write in the comment box below if you have any questions.

2 thoughts on “What is a Transistor? Types of transistors…”